Have you heard about the oral medication finasteride (Propecia) for hair loss treatment? People who have tried various hair loss shampoos, creams, and supplements may not be convinced that an oral medication can effectively treat hair loss.

Find out what makes this particular form of medication a different treatment from other hair loss solutions. 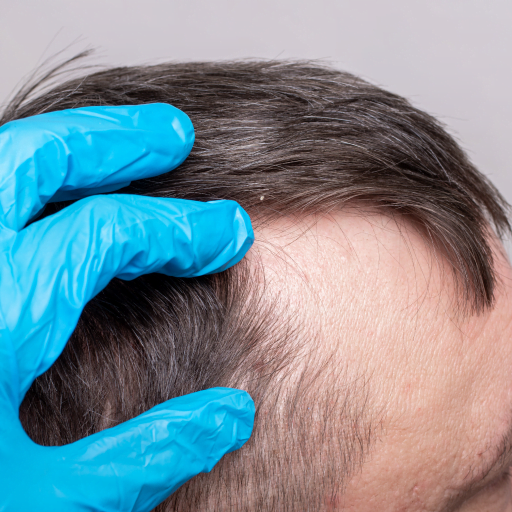 Propecia’s Development
Does Propecia Really Work?
How Effective Is Finasteride?
Finasteride Is Not Approved by the FDA to Treat Women’s Hair Loss
Side Effects of Finasteride
What Should You Do If Finasteride Doesn’t Work?
Read More Show Less

The U.S. Food and Drug Administration (FDA) approved Propecia’s use for men in 1997. At the time, Propecia became the first drug of its kind to treat male pattern baldness. Propecia remains as the primary choice for people experiencing hair loss issues.

Continued daily use of Propecia – 1 milligram once a day – for three months or more is needed to achieve results and properly treat your male pattern baldness. 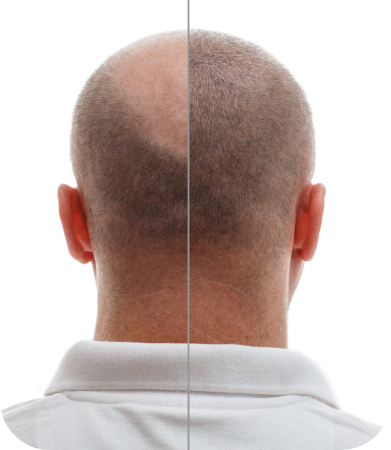 Propecia, finasteride, is one of the most effective hair loss treatments currently available. Clinical studies have recorded hair loss progression ceasing in approximately 86% of participants. Similarly, 65% of study participants witnessed a substantial increase in hair growth. Further evidence suggests that finasteride ends up being even more effective in its fifth year of use compared to its results within the first year.

Finasteride’s efficacy has led to it being prescribed as the first drug option for patients experiencing male pattern baldness, even more than over-the-counter hair loss treatments such as minoxidil.

Finasteride is at its most effective in patients who have mild to moderate male pattern baldness. If you begin to treat your hair loss problems early on, you increase your chances of reversing hair loss. However, if you have significant hair loss already, the effects would be far less noticeable.

The FDA has not approved finasteride to treat…..

03
Side Effects of Finasteride

Finasteride has various side effects, classified as mild to severe…..

How Effective Is Finasteride?

Finasteride inhibits 5-alpha-reductase production. This enzyme converts the body’s testosterone into dihydrotestosterone (DHT). This hormone is primarily responsible for causing hair loss in men, which means some people are more sensitive to DHT than others. This sensitivity would explain why some men are more apt to lose their hair at a faster rate than others.

While some men may end up losing their hair due to infections, hormone imbalance, nutritional deficiencies, or even psychological conditions, true male pattern baldness results from hair follicles that exhibit sensitivities to DHT. This sensitivity results in hair follicles shrinking. As the hair follicles recede, they produce fewer hairs.

Once hair follicles shrink, those hairs begin to grow shorter and finer until no new hair develops. Male pattern baldness often presents itself with a receding hairline on the forehead, or the area around the crown starts thinning initially (producing the dreaded “bald spot”). Hair follicles on the top and crown of the head will more likely be DHT-sensitive follicles.

While DHT can be attributed to male pattern baldness, some exceptions, such as hair follicles on the sides and back of the head, can result. This expression of DHT contributes to the “horseshoe” baldness pattern. These follicles tend to resist DHT more than those on the front, top, and crown of the scalp.

To experience the full results of taking finasteride, continue its use for six months. Research reveals a substantial increase in hair count over one year of continuous treatment when an individual takes 1 milligram of finasteride per day. This amount represents the usual finasteride dose for hair loss prevention. If you stop taking this medication, your body will respond by increasing its production of the 5-alpha-reductase enzyme, contributing to increased DHT production and further promoting hair loss.

Have you taken finasteride for one year and haven’t seen significant results? You may need professional help from a hair restoration physician. This specialist will likely recommend that you stop taking finasteride and consider a more permanent solution for your hair loss, such as follicular unit extraction (FUE).

The FDA has not approved finasteride to treat women’s hair loss. Finasteride is under Category X, a class of teratogenic drugs that carry a risk of causing birth defects in unborn children. Women who are pregnant or want to become pregnant should not take finasteride.

If your hair loss results from female pattern baldness, your physician may prescribe over-the-counter topical treatments such as minoxidil. Some medications work differently to block DHT production and absorption.

To support these findings, a 2007-2011 study examined 256 patients who were diagnosed with female pattern hair loss and were prescribed 5 milligrams of finasteride.

If you’re experiencing female pattern baldness but you are pregnant or trying to become pregnant, do not take finasteride.

Side Effects of Finasteride

Finasteride has various side effects, classified as mild to severe.

Some individuals who take finasteride may experience cold-like symptoms that can include a runny nose, drowsiness, or congestion. These side effects tend to go away as an individual’s body adjusts to taking the drug.

Finasteride can also inhibit sexual function. In April 2012, the FDA issued a warning on finasteride, noting that sexual side effects that include decreased libido and inability to have or maintain an erection could persist after individuals discontinue using the medication.

Before taking finasteride, think about your risk of developing sexual symptoms and severe side effects. Talk to your doctor immediately if you exhibit one or more of the following serious side effects:

What Should You Do If Finasteride Doesn’t Work?

Successful hair loss treatment is more than a quick fix. It requires consistency and commitment.

If you’re taking finasteride, you need to use it for a full year to experience substantial results. You may experience unwanted outcomes if you stop taking finasteride unexpectedly. For example, hair that’s been restored could fall out and your hair loss could occur again.

Individuals who stopped their hair loss treatment with finasteride lost their restored hair over six to nine months. If this type of hair loss occurs, a hair transplant may be your next step.

Contact us today to schedule a consultation with our hair transplant specialist at The Hair Transplant Center – Virginia. We’re happy to talk to you about hair transplant treatment options.